In the past 48 hours, two different family members in different households have reported problems with their Windows 10 laptops’ Wi-Fi connections. Some basic troubleshooting â€” restarting the modem/router, verifying other devices could connect â€” demonstrated that the issue was with the laptops.

The laptop was connected to the Wi-Fi access point, with full signal strength, but there was no connectivity beyond that connection. 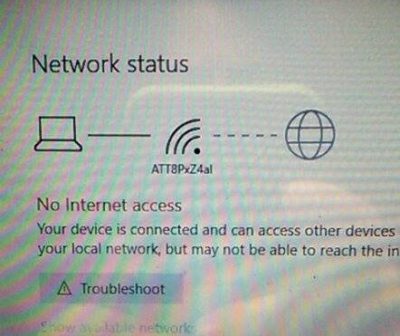 In the first troubleshooting effort, we did the standard things:

The Network Troubleshooter didn’t resolve anything, but it did mention something useful. It reported that the “Wi-Fi” adapter had an invalid configuration. 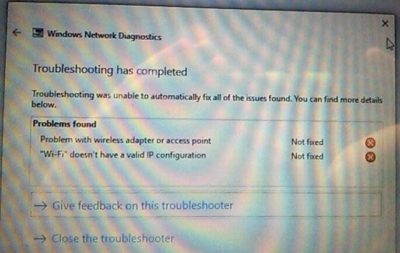 At this point, I turned to Google, and found a couple of sites suggesting using netsh to reset the IP configuration. We ran the following commands from an elevated command prompt (run as administrator, or it won’t work):

Then we rebooted, and the system came up and connected to Wi-Fi and the Internet was available again.

Subsequently, I found this Microsoft support article entitled Fix network connection issues in Windows 10, which covers may of the steps we tried as well as the steps that resolved our issues.

In Windows 10, if you run Netsh interactively, you see a notification that Netsh is deprecated, and to transition to the admittedly awesome PowerShell modules for managing TCP/IP. However, giving the specific behavior of the netsh interface ipv4 reset command (overwrites registry information; see the More Information section of https://support.microsoft.com/en-us/kb/299357), I’m not sure what PowerShell command would accomplish the same end. Something to look into.

Geoff
Sr. System Administrator at the University of Vermont View all posts by Geoff →

This site uses Akismet to reduce spam. Learn how your comment data is processed.